He posted a 33-second video from the music video and stated that it will be released within days.

“Soon in the Kingdom” he captioned.

This concert will be Ramadan’s first-ever concert in Saudi Arabia، and his second-ever concert to perform in his singing career.

Somaya appeared stunning in a yellow dress، with simple makeup and hairstyle، which gained the admiration of her fans across the social network.

Noteworthy، Somaya Saeed al-Sayyid Fathiyya is an Egyptian actress and singer. She was born on October 20، 1966 in Alexandria. She graduated from the faculty of commerce.

She has taken part in theatrical productions such as “Ballo” and “Kharbasha” (Scribbles)، in addition to the television series “al-Hissab” (The Account)، “Sammihny Makansh Asdee” (Forgive Me، I didn’t Mean to)، “’Aaillat al-Hajj Metwally” (The Household of Hajj Metwally)، “Haddrat al-Muhtarram” (Sir) and “al-Dawwe al-Sharrid” (Stray Light).
Ahmed Dawood and his wife in a new romantic photo
Egyptian actor، Ahmed Dawood and his wife، actress Ola Roshdy are one of Egypt’s celebrity power couples and their fans always look forward to seeing their new photos.
Ola posted a new photo of herself with her husband via her “Instagram” account، and captioned: “I love you Lebanon….. A picture within a picture”.
Many fans had commented on the picture wishing them a lifetime of love and happiness.

Saba Mubarak stuns in her latest Instagram photos
Jordanian star، Saba Mubarak posted on her official “Instagram” account new pictures of herself، while she was in Hotel Excelsior Venice Lido Resort.

Saba، 43، looked stunningly gorgeous in a casual look، with simple make-up and hair-style، which suited to the summer atmosphere.

The photos gained the admiration of her fans across the social network.

Egyptian actress، Amina Khalil became on the most searched on Google top-trending searches in Egypt after she posted on Tuesday a new picture of herself on her “Instagram” account with Egyptian International and Liverpool striker Mohamed Salah.

“I had the honor” she captioned.

Menna Shalaby: “Everything comes to you at the right time”
Egyptian actress، Menna Shalaby posted on her official “Instagram” account a new picture of herself from her latest photo session.

“Everything comes to you at the right time” she captioned.

Many celebrities had commented on the pictures، congratulating her and wishing her happiness in her life.

The actress had revealed in televised remarks that the reason for her not being married so far was that she wanted to love in the first place when choosing her partner.

Many of her fans had also commented on the pictures and questioned the reason for the posting these pictures، and questioning، will she marry soon.

Everything comes to you at the right time.. . . . @enigmamagazine ‘s 👰🏻 cover shoot! ✨ #MADCelebrity

The group posted three tweets to the actor’s 37.4 million followers، all with anti-India or pro-Pakistan messages، ranging from the condemnation of the “disrespectful behavior of Iceland towards Turkish footballers” to denouncing India for “merciless attacks on Muslims” during Ramadan.

Taylor wrote “Peace At Last” and two peace signs on the plate. In the location tag for the Instagram post، Katy wrote، “Let’s Be Friends.” 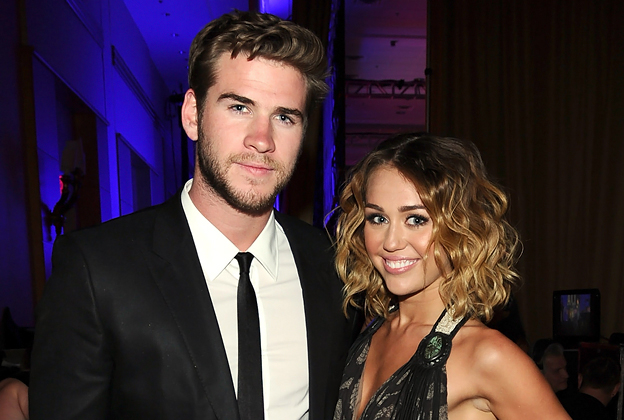 Miley Cyrus and Liam Hemsworth have now been together (on-and-off) for more than a decade، and the singer took to social media to mark the occasion with a sweet throwback photo.

But Cyrus also slammed reports claiming there's trouble in paradise for the newlyweds.

"Happy 10 year anniversary my love،" she tweeted، alongside a screen shot of a headline from a tabloid website which read، "Miley Cyrus، Liam Hemsworth Split Rumors."

Cyrus continued the tweet by writing، "Good to see everyone is as dumb as they were in 2009! Some things never change.... & I hope the way you feel about me is one of them. You're truly."